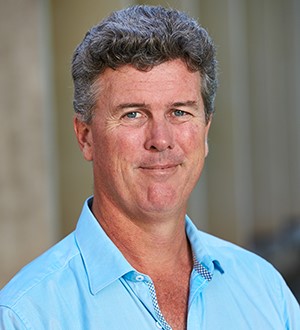 Professor Benjamin Reilly is a political scientist and academic at the UWA School of Social Sciences whose work focuses on democratisation and electoral reform in ethnically divided societies.

Professor Reilly’s interest in the subject developed throughout his PhD research at the Australian National University (ANU), conducting periods of fieldwork in PNG, Fiji and Sir Lanka, and serving with the United Nations in Cambodia for the transitional 1993 election. This led him to undertake other positions working on international democracy assistance with the International Institute for Democracy and Electoral Assistance (IDEA) in Stockholm and the United Nations Development Programme (UNDP) in New York.

When Professor Reilly returned to academia, he ran the Australian Centre for Democratic Institutions at ANU before commencing his role as Dean of the Graduate Policy and International Affairs School at Murdoch University. Benjamin has also worked with the Australian Government, United Nations, international organisations, and held visiting appointments at Harvard University, Oxford University and Johns Hopkins University. He has authored and edited seven published books and over 100 scholarly papers.

As well as researching issues of democracy and development, Professor Reilly regularly consults with governments around the Indo-Pacific region on these issues. He is currently working with electoral reform groups in Malaysia to produce a series of policy papers on political options for the new government in the wake of the historic first ever change of government in 2018. This kind of work bridges academic and real-world policy challenges and will involve the Public Policy Institute, the Perth USAsia Centre and the School of Social Sciences at UWA.

Professor Reilly sees it as a great thrill to put his scholarship directly into action when the opportunity arises and enjoys mentoring younger scholars to build cross-disciplinary linkages.