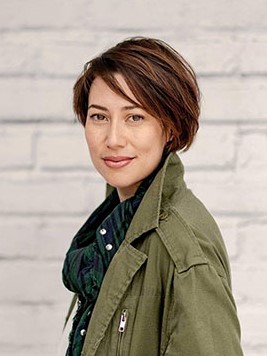 Natalie is Founder and Executive Director of Verve Research, an independent research collective focussed on the relationship between militaries and societies. Natalie is a PhD scholar at the Strategic and Defence Studies Centre, the Australian National University, focussing on Indonesian military history. In 2018, the Royal United Services Institute awarded her the Leo Mahony bursary to support her doctoral research.

From 2016 to 2020, Natalie was a Research Fellow at the Perth USAsia Centre. From 2012 to 2016, she also worked at the Australian Strategic Policy Institute (ASPI) as an Analyst and Managing Editor of ASPI’s blog, The Strategist. She has previously worked at the Department of Defence, University of Canberra and for the academic journal Asian-Pacific Economic Literature. In May 2014 and in January 2016, Natalie was a Visiting Fellow at the Center for a New American Security (CNAS) in Washington, DC. She holds a Bachelor of Arts (Asian Studies) (Hons) from the University of Western Australia and a Master of Arts (International Relations) and Master of Diplomacy from the Australian National University.

Natalie has previously been involved with the Australian Institute of International Affairs ACT; the US-based Center for International Maritime Security (CIMSEC) and was a founding member of the Women in Defence and Security Network (WDSN). Follow her on Twitter @securityscholar.