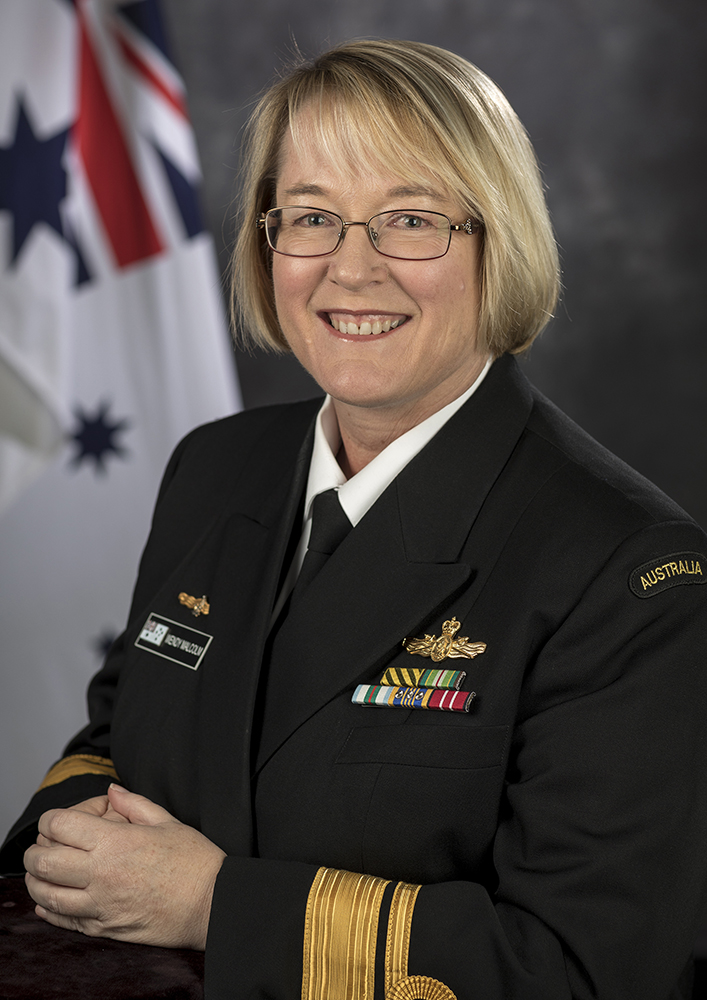 Born and bred in Victoria Wendy Malcolm joined the Royal Australian Navy in 1987, graduating as a Midshipman from the Australian Defence Force Academy in 1989 having completed a Bachelor of Science majoring in Physics.

She trained as a Supply Officer (Maritime Logistics Officer) at HMAS Cerberus in 1990 and saw service ashore and at sea. During the period 1995-1998 Wendy was involved with setting up the in-service support for the Anzac Class frigates through the Anzac Class Logistics Office within Naval Support Command. Lieutenant Commander Malcolm served as the supply officer in the guided missile frigate HMAS Newcastle during 1998-2000 including operational service in East Timor as part of Operation WARDEN.

She was posted to the Directorate of Naval Officers Postings from February 2000 to December 2001 and during this period completed a Masters in Commercial Law. A challenging and rewarding posting in the then-Defence Materiel Organisation followed as the Project Manager for the Evolved Sea Sparrow Missile Project during the period of this weapons introduction into service.

Wendy was promoted Captain in 2010 and appointed as the Director Anzac Systems Program Office. In this capacity, she was responsible for maintenance, logistics support and in-service engineering for the RAN’s eight Anzac Class frigates and their shore support facilities in Fleet Base East (Sydney) and Fleet Base West (Rockingham). Wendy was awarded a Conspicuous Service Medal (CSM) in the 2015 Australia Day Honours List “for meritorious devotion to duty as the Anzac System Program Office Director”.

She left the Navy in 2015 to take up a position with Saab Australia as the transition manager for the new support enterprise for the Anzac Class ships, before returning to Navy in late 2017. Wendy was promoted Commodore on 23 October 2017 and appointed as Director General Specialist Ships with responsibility for sustainment of Armidale Class patrol boats, Pacific patrol boats, hydrographic vessels, mine-hunters and mine warfare and diving systems.

Promoted Rear Admiral on 7 December 2018 she assumed the role of head Maritime Systems within the Capability Acquisition and Sustainment Group (CASG).